Three great mobile games to play going into May

Today we are looking at 3 mobile games sent to us by the Indie community, discussing the positives and negatives and deciding if the title is worth a download onto your device.

The mobile market is filled to the brim with bright and beautiful titles from indie developers all over the world. They need promotion, and we need content, and here are three randomly picked games sent to us by the indie community. Let’s begin! 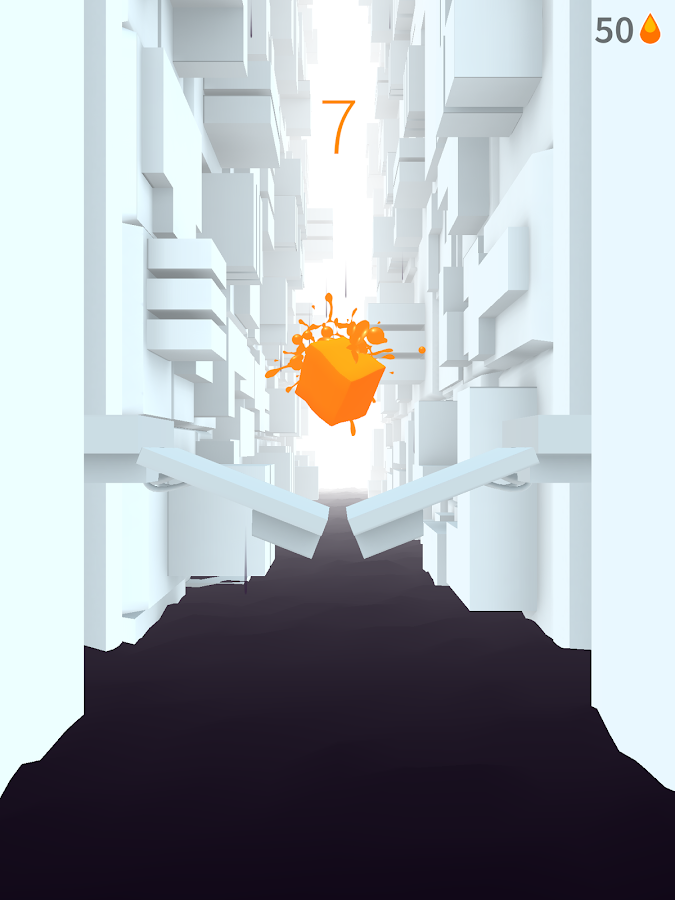 Ketchapp have created a lot of games recently, all of them usually nicely created endless runners. Jelly Jump appears to be no exception, opening with a beautifully rendered 3d splash screen showing a bright orange cube- our character- ready to begin the climb.

The premise of the game is, as you’d expect, simple: a stream of blackened water rises from the bottom of the screen while platforms reveal themselves in the center, requiring you to tap at the perfect time to jump onto the newly created floor. Things get more difficult as you go, with the water rising faster and the platforms creating themselves quicker, again as you’d expect.

This isn’t an exceptional game in that regard: it’s a basic, generic endless runner. Where it becomes a cut above the rest however is the way in which it is polished. All of the graphics are a vibrant, physics enabled 3d, with the orange cube bouncing and rippling with each touch and jump. If you get trapped in a platform while it’s being created then you lose a part of yourself dynamically and it all feels very fluid and well made. 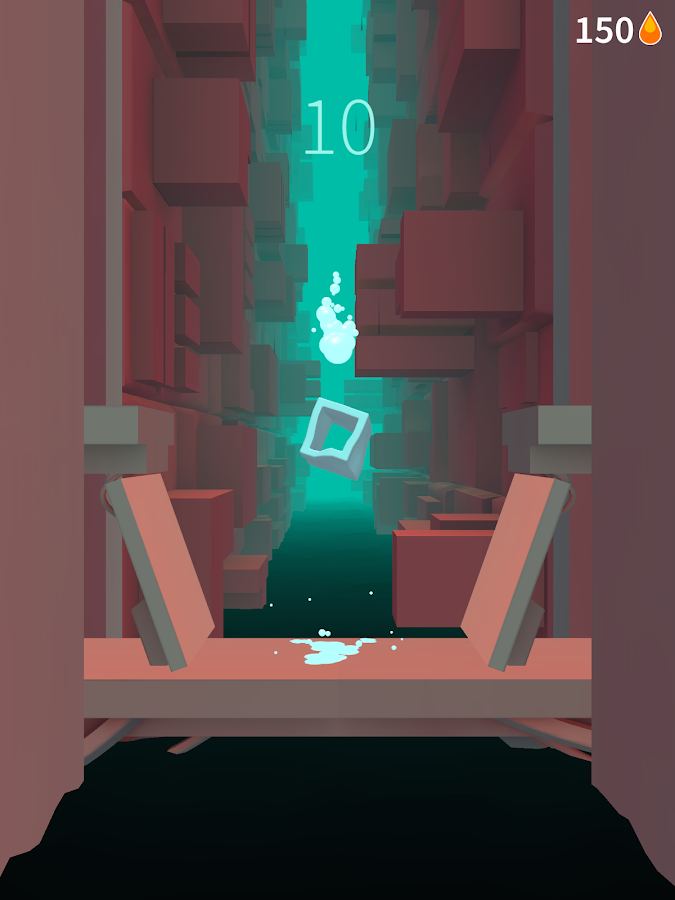 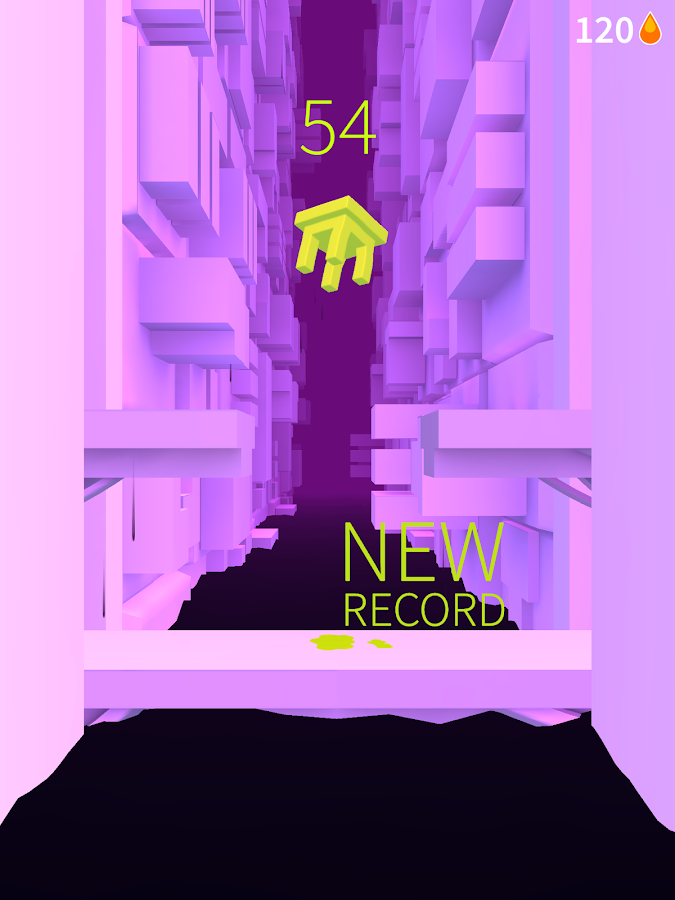 Unfortunately, being an entirely free game, it’s plagued with fairly aggressive advertisements: one sits at the bottom of the screen at all times, while every few deaths a full screen ad will pop up that is very easy to accidentally press. This is ultimately the game’s only real issue, especially as a paid for version isn’t available as an alternative.

This is definitely a game worth getting. It’s 28.8MB so basically takes little download space and is entirely free. Google Ads are annoying, very annoying, but the full screen adverts are fairly rare so it isn’t too much of an issue. The beautiful amount of polish and level of fun make this a must have. 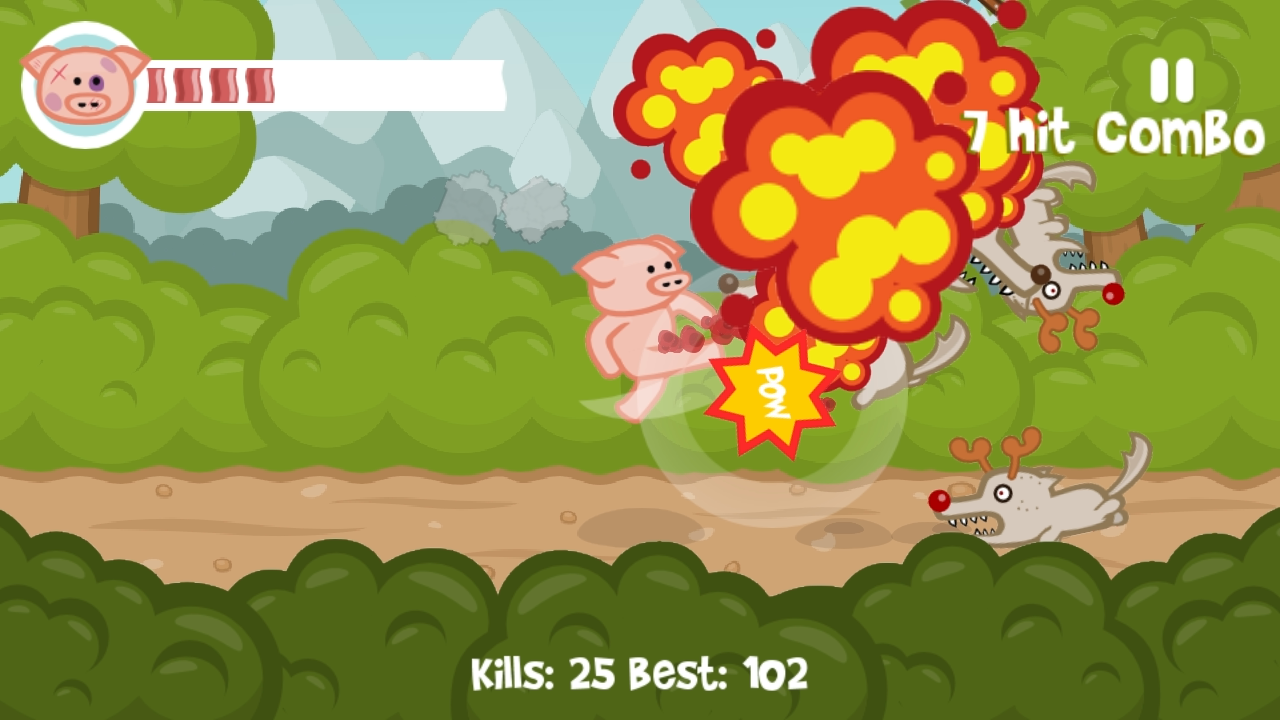 Iron Snout was sent to us a of couple weeks ago and has been sitting on the pile of games to review for quite some time. It was sent after an exchange in the weekly #IndieDevHour, and I’ve been waiting for the free time to give it a good look.

The game starts with your character- a bright, kind of cute little piggy- standing in the center. You’re attacked from both sides by evil, ravenous wolves wielding meat cleavers and you have to fight them off by tapping the side of the screen they’re on (performing some pretty cool looking karate chops as you do so) and jumping to dodge suicidal wolves strapped to rockets. 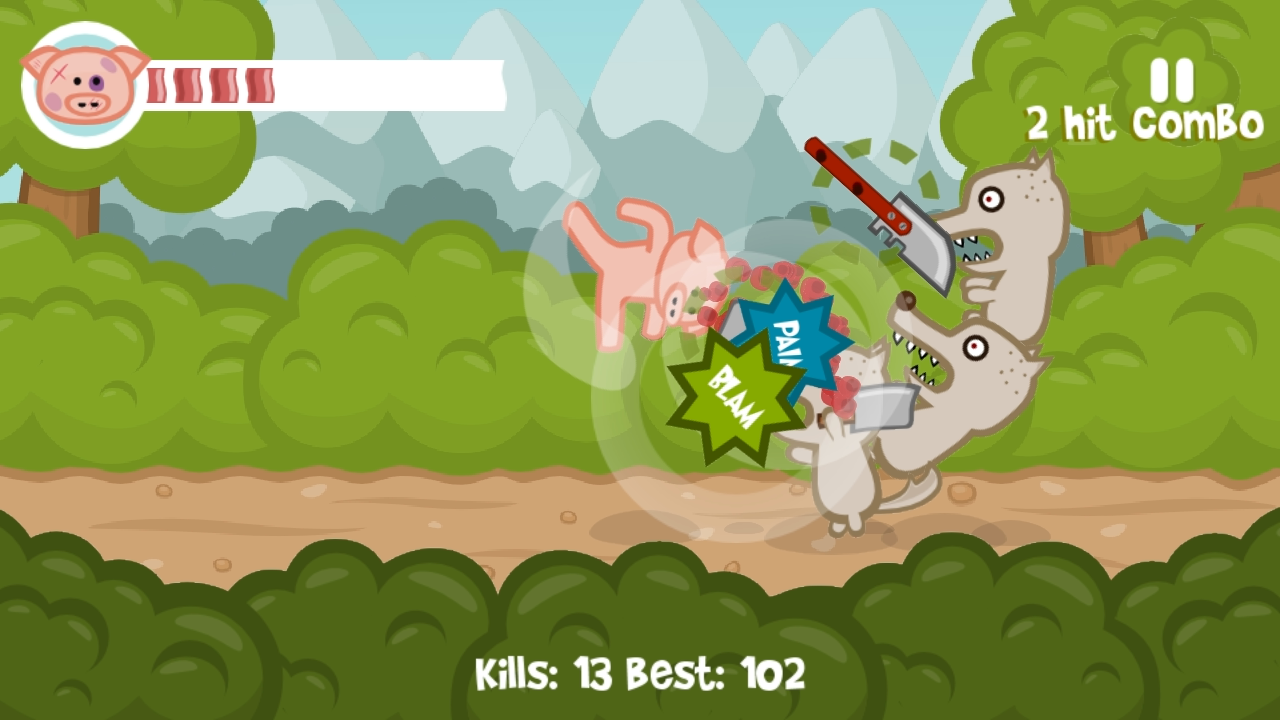 This game is truly insane

There is no advertising as far as I can tell. Even if there is, the fact that a 30 minute play session revealed none is a very good thing. We like that! The game is in beta and yet has just as much finesse as a full game, albeit some of the graphics look a bit pixelated where they have been stretched to fit the resolution, but I’m sure that a bit of anti-aliasing would fix this.

This game is really a lot of fun. There is a ton of potential for a fair bit of depth here, too, so that’s also a plus. Right now the game is worth getting, even if only for the potential it has. It’s 12.16MB of at least a few hours of fun before the format gets old. 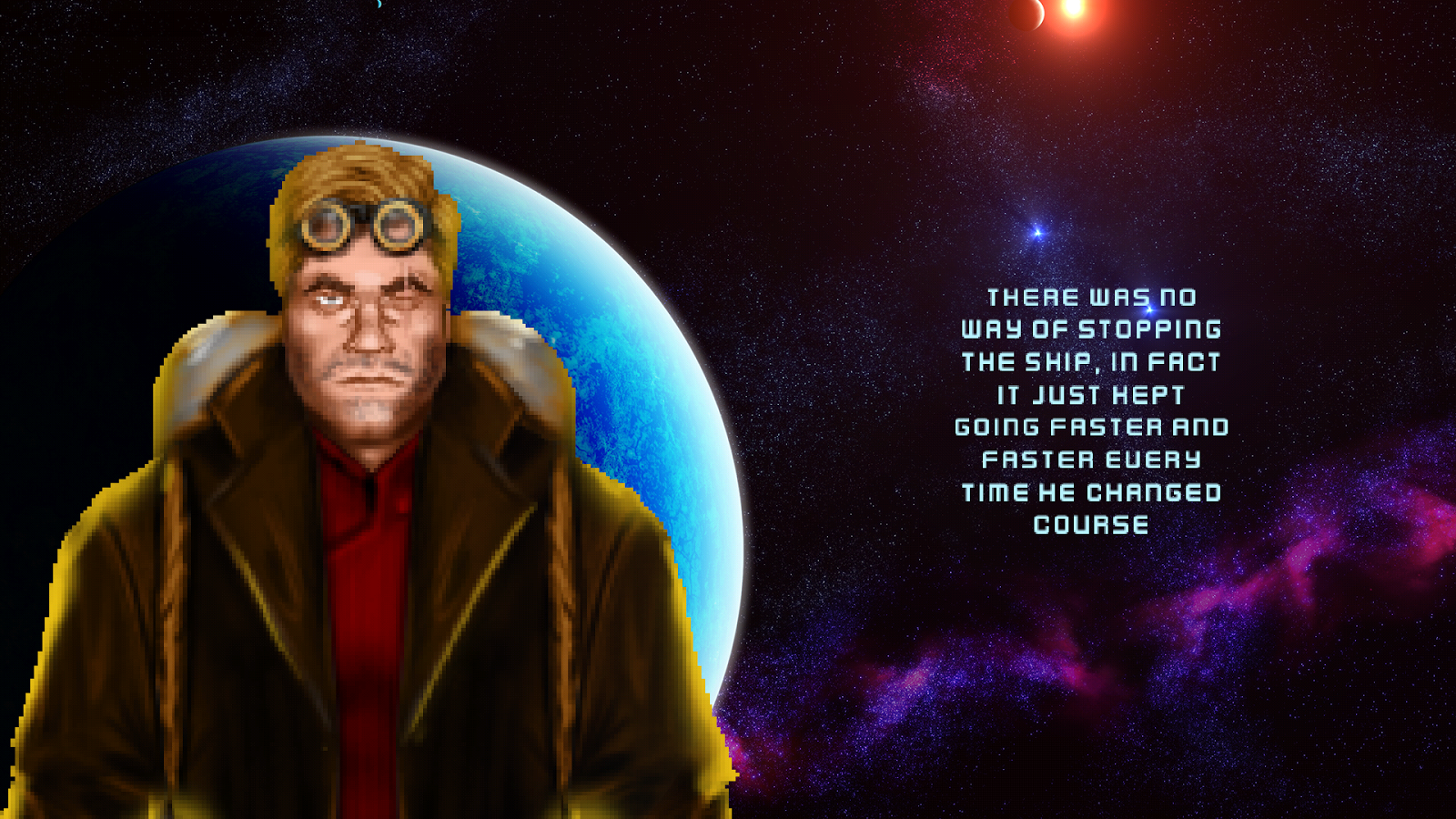 Hyperdrive is a game that has been circling #IndieDevHour for quite some time now, and it’s been another one on the pile for a few weeks.

The game opens with a nicely made cut-scene with text, explaining the story of the game. This is a nice little feature, and also shows off the soundtrack of the title, a nice, EVE-like subtly funky song that builds as it goes on.

Hyperdrive’s gameplay has you holding your finger on and off the screen to navigate through a series of lines, coming at you progressively at fast speeds. This isn’t exactly an original concept and is essentially flappy birds without the vertical velocity, but the theme means that it feels quite a bit different. The difficulty is progressive, and the superb sound design that speeds up with each hurdle you get through induces a feeling of true panic, which is both an exhilarating and addictive. 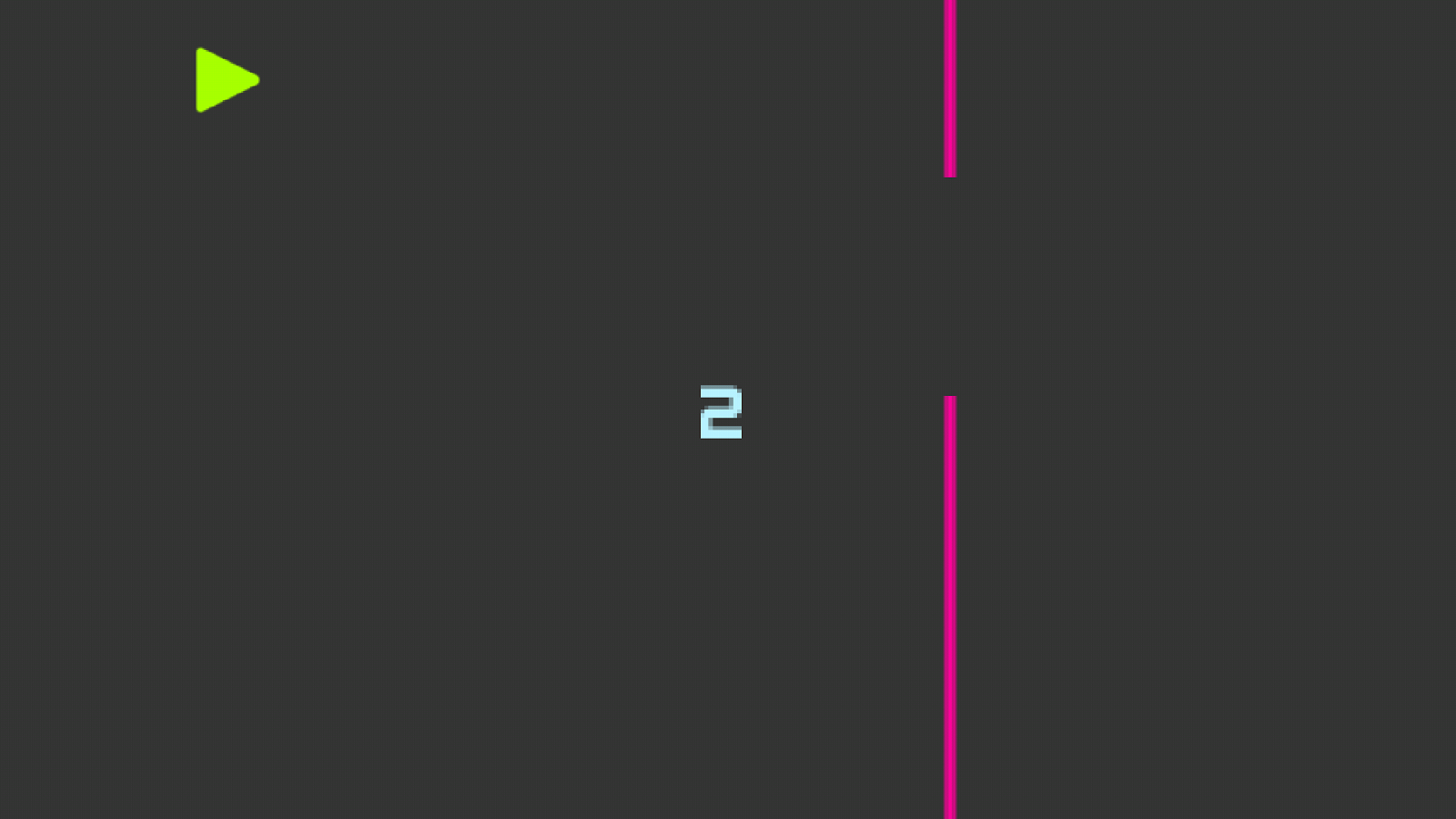 The game does fall a bit short, however, as the graphics are fairly dull and there isn’t a large amount of noticeable features to make it feel validated. There are also fullscreen adverts every now and then, which, as was the main issue with Jelly Jump, you can accidentally tap easily as the whole base of the game is you tapping on the screen fast.

This title is 12.88MB which is very nice considering the high quality stereo music and sound effects.

It’s good to be able to say that all three games on this list are worth a download. All are free, under 50MB and aren’t too bad in terms of advertising and in-app purchases. Iron Snout is definitely my top pick for this week with its creative concept and nicely drawn graphics.

Check back the same time next week for another 3 great Indie mobile titles. What was your favorite from this week? Let us know either in the comments or via Twitter @DoubleUpGaming!

I'm Tom, and I've been playing games since I got my first gameboy with Pokemon Red when I was 3. I've a keen interest in the current state of the gaming industry; specifically the political side of things. I often play indie games but my favourite titles at the moment are World of Warcraft and Counter-Strike: Global Offensive. I'm an aspiring indie dev working on a few large scale projects and take part in game jams when the theme is interrsting. I support #GamerGate.

There are no comments

Inside Indie: The Games Hub Essex