At this time of year, one of our favourite ways to spend Christmas is to explore some of the wonderful Christmas game updates that our most cherished games have to offer.

What if I treat you this festive season with a list of the most prized Christmas updates available for all including unique maps, joyous quests, and quirky characters. 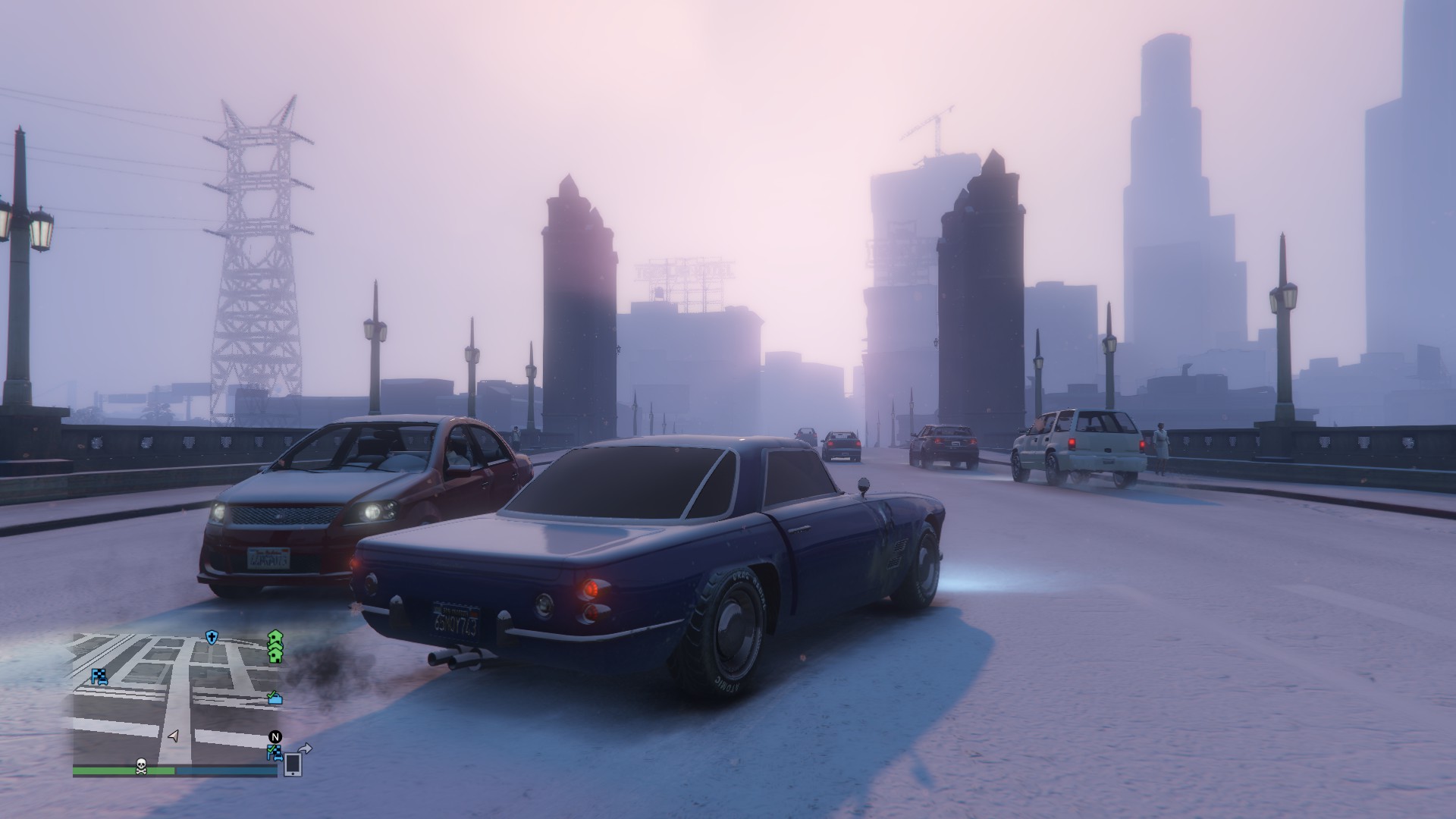 Up until the 5th of January los santos will be blessed with Christmas cheer as the city is decorated with snow.

Lay down your Rifles, lower you miniguns and arm yourself with an arsenal of snowballs.

Along with the mass snowball fights you can dress for the occasion with a brand new selection of Christmas themed clothes which can be purchased in any clothes store through Los Santos.

With rumours speculating the imminent arrival of the mysterious Declasse Tampa you could be hitting the snow in style.

Like most RPGs Runescape release a Christmas event every year which consists of a small quest the player has to complete.

This year you’re tasked with stopping the Anti Santa from ruining Christmas who is collecting children’s tears in order to raise his army of the sorrowful.

Along with the quest comes the festive clothing then can be unlocked when you complete the quest, you are also rewarded with rare items upon defeating the anti santa.

They’ve brought in the Christmas spirit by making simple changes to the map by swapping the tree’s with traditional Christmas trees and of course laying a nice blanket of snow.

This is a subtle but nice Christmas gesture that Supercell have given to their fans.

Angry Bird’s released a brand new edition to their massive collection on the 1st of December.

This seasonal delight gives you:

Ski or Squeal is similar to most of their game play but of course has a lovely Christmas theme.

Like most Sim quest the player must follow a series of tasks in order to get a bunch of experience and to unlock never seen before furniture & decorations.

If you’re up for it you’ll need to keep this in mind:

If done in time you can yield MASSIVE bonuses.

During the quest you find yourself building a portal to an Ice Palace and assisting the ice queen. (Dont worry, I wont drop any spoilers.)

With the brand new Christmas update awaiting release many people are wondering whats in store.

A new texture was added in game, Chests were changed from the normal wooden to a festive Christmas presents.

It cant be confirmed, but we’re hoping for something fun!

If they fail to deliver, don’t worry! We already have a snowmen and you could download an awesome looking Christmas texturepack.

Can You Still Get Tramadol Online

Team Fortress 2 has been stepping up the update game within the last few years.

“Swissmass” gifts will be given out!

Festivizers let you take your best weapons from the campaign and enables you to craft them to your hearts content!

Along with the amazing festivizers the Mann Co. store winter sale is on as well so you can grab a chilling deal.

Simpsons Tapped out is a seriously addictive mobile game and the team behind the game know it.

Every holiday (From Easter, Halloween, Christmas and more!) the game gets it’s very own unique update which never seems to disappoint.

EA always go big with their update’s including the Christmas ones.

If you play tapped out you better be stocked up on doughnut’s because this updates brings a ton of amazing Christmas premium buildings and decorations.

another big release is the introduction of the infamous Maggie, who apparently has been long awaited.

Overkill have brought the phrase  “White Christmas” to the table in a whole new way.

With this amazing Christmas update you learn that Vlad’s drunken Bosnian Norwegian brother-in-law pilot crashed his plane, Somewhere in the forest, leaving all his Pure Colombian cocaine for anyone to take.

There are two steps to this beastly heist.

This update packs a festive punch that Pay Day 2 players will definitely enjoy.

As a few festive bonuses check out these which we’ve added just today.

Check out the full trailer below to see more about this bonus.

Do you think I’ve missed out any major Christmas game updates?

Playing video games brings us a certain amount of joy and entertainment (especially around Christmas, a time of giving.)

If you’ve played any of these updates let me know in the comments!

Merry Christmas from me and all of the DUG team.

Have you ever dreamt of creating a project inside of minecraft and then seeing it come to life in the real world?

Redstone has long been a minecraft sensation spurring much creativity and innovation within the ever growing community. Every now and then a project such as a minecraft server (theserver.fluctis.com ) having a button that lights up both a Christmas tree in-game and one Tramadol Buy Uk comes along. Featuring fully customisable RGB LED’s players in-game can even go as far as controlling the color that the lights emit directly from their minecraft client.

When speaking to Ryan we found that he “has been learning about micro-controllers for the last year or so and I have been fascinated with the idea of being able to reach out through the internet and really interact with something REAL.”

I wanted to create a project that was challenging enough to expand my own horizons while at the same time innovative and interesting for OTHER people to come enjoy.

Having next to no electrical engineering  background, Ryan has always found himself interested in redstone mechanics and decided to bring his knowledge of coding and electronics to the forefront by tackling a potentially challenging project. Working with his friends, Tyler and Josh, to make the scenery/spawn and gaining knowledge from freely available resources found online – the project was put into motion.

With simplicity in mind, Ryan is using a Minecraft server running the latest version of Spigot. Using in-game command blocks and a downloadable plugin, scriptcraft, this allowed him to create commands that talk via HTTP requests to a Purchase Tramadol Cod Fedex which controls the lights.

Although this sounds simple in concept, Ryan explains how “There is a little more going on behind the scenes that will be explained in the tutorial.” that he will be releasing at some point after the new year. You can find the Uk Tramadol Online

Surely there must of been some problems in setting this up?

In making a project that involves real time lighting and in-game mechanics, there are bound to be some issues that come crop up. Ryan explained to us how the whole project took around a month to put together and how there were many small hurdles along the way. One of the biggest limitations was the ability to stream live low latency video 24/7.

In order for the tree control to feel responsive ,the response time between in-game buttons and seeing the changes on the webcam needed to be minimal.

“I had intended to use a service such as Livestream or Ustream but early tests had as much as 10 seconds lag.  I found the quickest (and cheapest) solution was to use a Tramadol Cheapest Price as my webcam.  The frame rate isn’t the highest but for something like the Christmas Tree a low frame rate is better than high latency.”

Things to come in the future…

Although we are yet to see drivable cars direct from minecraft, there is a very real possibility that something like that could be achieved. The near and far future of technology and games combined could prove to be alot more eventful than critics are willing to admit. With other conceivable projects such as this bound to be popping up more and more often, we can only be hopeful that peoples’ imaginations can further expand to explore new depths of understanding & innovation within the gaming and technology world.

As Ryan puts it, “We have gotten to a time in technology where anyone can create anything.  Literally – if you can imagine it, and it doesn’t break any laws of physics, you can create it.”