The word “Concursion” doesn’t exist. It’s probably a combination of the word “Concur” – meaning to agree with, and “sion” a noun suffix commonly found in Latin. Attaching the “sion” suffix to a word usually points to the act, result or state of something being done, i.e consumption, cancellation, etc.

Interestingly, the secondary uses for the word “Concur” refers to an act of cooperation; to work together as one, or to coincide; occurring at the same time.

As the game description of itself aptly divulges, Concursion attempts to assimilate multiple classic genres into one game. A cross-pollination of past popular genres is no stranger to this era of video gaming, While some of these attempts are received with mixed criticism, those that attain a level of fluidity between two or more genres after mix and mashing their features are critically acclaimed and fondly remembered.

Nowadays, it is common to find action adventure themed RPGs to be mixed with plenty of puzzles and racing segments. Valve’s hit title – a first person shooter puzzler – Portal is an example of this methodology. THQ’s Darksiders’ franchise are also known for their gut-wrenching puzzles, building up a certain form of agony and frustration in the player at certain moments that is later unleashed upon the hordes of the enemy. However Concursion offers something different…

Concursion takes a step up from incorporating 2 or 3 titles, and gobbles a lot more. It boasts 5 unique styles of play, and promises a reinvention of the past popular classics.

Unsurprisingly, the game sports a Mario-esque platformer, the leading character dons a red horned helmet with his main offensive ability to jump on the head of his opponents. Part of the game draws inspiration from the Shinobi vein, as well – where the protagonist, morphing into another character, is able to double jump, run off walls and shave down enemies like an agile assassin.

There’s also a section in this game where your left and right controls are disabled, and the character changes into a space suit. By controlling your thrusters to manoeuvre vertically to dodge oncoming projectiles the protagonists morphs into a spaceship – this is where a direct relation to the classic Shootem’ Up (Shmup) genre is drawn. Some Pac-Man stylised portions are also found in the game, and the Street-Fighter styled fights are also seen in boss fights making it a truly unique and challenging game.

Not All Rainbows and Sunshine

There are many reasons as to why indie developers opt for pixel art. Some of the more vocal ones in the player feedbacks point to these graphic styles bearing a certain kind of charm. It looks stylish while keeping things simple. In some cases, like in Legend of Dungeon, these retro-stylised graphics are brought to a new height with the support and understanding of radiosity and various lighting effects. This game was well received by many and its implementation of lighting to create an alluring neon-like glow in its environment is commendable.

In the case of Concursion, its presentation is its weakest link,  and occasionally, a design flaw when it comes to collision detection. The hit boxes for the protagonist character and the enemies are a tad annoying, and the lack of tightness in control when demanding otherwise pixel-perfect jumps are major sources of frustration. Its graphical presentation and a lacklustre array of character animation only undermines the overall potential of the game.

These multiple genres bleed into each other in no orderly fashion, and can be quite overwhelming at times. It surprises the player with how well the strange combination between so many genres could possibly work in one game. Going into a different area of the screen you stray into another section, swapping to another character. Your enemies are susceptible to such changes too.

Its chaotic game play is accompanied by a good sound track; unexpectedly so. The music comes from the same award-winning composer who did the music for Hugh Laurie’s TV drama – House, giving the player good content and audio in the process

The ambitious first title from indie developer Puuba is doubtlessly a homage to the classics, although the graphics are not to my liking it is certainly an interesting game to play and the allure of different play styles and retro memories are enough to keep the game entertaining for extended periods of time particularly amongst friends and family.

If you have played Concursion let me know if you agree? If not it is currently available as a full release on Steam for $9.99. Its soundtrack is also for sale, both with and without the game itself, for $4.99. 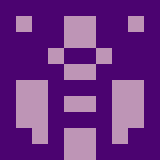