At i52, we were able to catch up with Chris Davis, developer of the upcoming time management prison escape game that puts you in the life of an inmate. The Escapists is developed by Derby studio Mouldy Toof, the maker of Spud’s Quest. It was successfully crowd-funded through Kickstarter last year. The Escapists was greenlit by Steam within just 96 hours of its application last year and is scheduled for release later in 2014. It is also not to be confused with its singular form – The Escapist. That’s a whole other game altogether, belonging to the aisle where Super Meat Boy is shelved.

All That Avails Is Flight

Welcome to Shankton State Pen, Prisoner. This place will be your personal hell hole starting right about… now. You’re going to serve a long, long time in here.

Your day is scheduled to the hour. You do have some sort of restricted freedom during recreational time, but under the suffocating scrutiny of the prison guards. You wake and toil to the same tedium everyday. The unending monotonous chores you are prescribed are driving you mad with boredom. The true torture of prison are parallel to that of Sisyphus in its endless repetition: the clean becomes soiled, the soiled becomes clean, you sweep that broom day after day, over and over.

You decide that things are going to change. You’d break out of those metal bars and taste true freedom on the tips of your tongue. You’re going to escape; you will fill your lungs with fresh air even if you have to claw your way out.

Like every prison-escape mastermind, you’re going to need a plan. The Escapists is a prison break simulator, which brings to mind a certain TV series from a few years back. Instead of seating on the edge of the couch as the drama unfolds, this time you’d be taking the lead in your very own prison escape.

Time Management is key in this game. You have to follow the routine enough to minimise suspicion from the prison guards. You can get in trouble for not following prison protocol and the guards would start harassing you. Eventually, the verbal warnings would escalate into beatings – the guards would come for you, knock you out and detain you. You’d wake up losing all your illegal items and some of your money.

Other than planning for your great escape, there are also other activities you can engage in. Taking up jobs would allow you to build relationships with NPCs, scavenge resources and take part in events that would affect the game world.

In the Early Access there’s currently 3 jobs available: Laundry, Wood Shop and Metal Shop. “But in the full game there would be about 10 different jobs available”, explained Chris. The full version would be complete with 5 more prisons to explore and break out of, each differing in layout and theme.

Your cellmates are also a resource to be made use of. Some of them would have things to sell or ask you for “favours” – which is similar to a quest. Some of these quests would actually have you to “jump” another cellmate, and if you comply, your friendship with that particular cellmate would drop. So even in prison, there’s the social politics game that you’d eventually be coerced to play, much like most corporate offices. While your cellmates can’t offer you a promotion or a reduced sentence, they do pay you. So you take what you can get.

Money is mainly used in the game as a trading currency to purchase stuff that is harder to find otherwise. Those elusive ingredients that would concoct your escape could also be found by stealing.

You’re also invited to hit the gym, if you so desire. Stats like Strength and Speed can be increased by weight lifting or running on the treadmill at the gym. Strength determines the player’s health, and speed determines the attack speed of the player. Intelligence is also used in unlocking crafting recipies, and can be raised by going to the library. Opinion is a variable stat – that each NPC would hold a different value which denotes their opinion of the player. The lower the stat, the higher chance an NPC would attack without being provoked.

The Escapists provide the freedom for the player to choose in which manner would they want to escape. “Some players would prefer to build up stats, while others would rather jump straight to planning the escape.”, Chris commented, based on the playthroughs he has seen. High Strength and Speed would give you a better chance against guards, which might seem like a worthy investment if you’re not rushing for time.

Earlier this year, Team17 announced that they will be taking The Escapists under their wing, as the veteran publisher goes along picking up promising Indie titles under their new Third party Publishing Program.

To lift a quote from the press release- Debbie Bestwick, Team17’s Managing Director says: “The Escapists is a hilarious and truly captivating game that I personally backed on Kickstarter and have followed from the start. It’s one of the funniest games I’ve played for a long time, it constantly brings those laugh out loud moments from everyone who plays it. I’m delighted Chris has decided to become part of the program we are offering to fellow indie developers to help bring their games to market.”

In our interview with Chris, when asked about his future plans for the title, he answered: “It’s only been on Early Access for a few days, people are already pitching ideas on the forums” “They’ve got their own take on how things should go, so I’ll be taking in their suggestions and see what I can do with it. At least that’s the plan for now.”

The Escapists is currently on Steam Early Access for $9.99. Chris also informed us that there is an Xbox One version in the works, currently being developed by Team17 themselves while he toils on polishing the PC version. Neither version has a fixed release date yet. 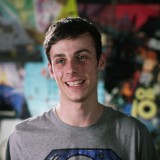