Destiny is the latest big game to be announced by Bungie, the studio responsible for the Halo franchise, and Activision, creators of Call Of Duty.

It is a MMORPG based on a dystopian solar system, within which humans have colonised planets beyond the Earth. One city remains after the Traveller arrived at Earth and its enemies followed and destroying the majority of humanity.

An MMO thats a ‘shared-world shooter’

Bungie refuses to call this game a ‘MMO’ instead they insist that it is a ‘shared-world shooter’. You play the role of a Guardian, a protector of the last city. You choose from one of three roles, Titan, Warlock or Hunter. Titan is your melee role with brute force and “in-your face” play style. Walock is the mage in the group using Damage over time effects and explosions to dispatch enemies. Hunter is the agile hard to hit gunslinger that eliminates enemies whilst dodging what is being thrown at him. Currently the game has been announced to be released on PS4, PS3, Xbox one and Xbox 360. This is a game that has been developed on the PC and yet they are not releasing the game on the PC platform – as a PC gamer this very disappointing! They are developing the game for four consoles which is a big task on its own without throwing in the fourth platform which is also technically challenging – another reason for the lack of a PC game. However this does not cross out the possibility for a PC version to come in the but not on initial release.

Breath Taking scenery with a long wait on the side

The Alpha for the game was released at E3 and plenty of people have shared their opinions- mostly positive. The game has two very distinct PVE and PVP sides. When I saw the gameplay from the Alpha (as a player of various online adventure games), I thought that there were a lot of menus to go through, and with a lobby to wait for players to join you, I felt like I was sitting around when I could have been browsing through shops. The vendor are of the game is called ‘The Tower’ this is where you can socialise with players as well as pick up new gear and bounties. You come here to spend the glimmer (currency) you have collected from the missions you have completed and picked up off corpses. Some of the vendors in the area have their stock refreshed periodically so that there is new and fresh gear to choose from every time you visit. From here you can join the queue for either the PVP or PVE side of the game and jump into the action. Many comments have been received from gamers that the scenery around the tower is breath-taking. The game feels very Halo – which as it is made by Bungie it is not surprising, This is not a bad thing as Halo has phenomenal gameplay. Throughout the game you collect or purchase armour and weapons which are used both in the PVP and PVE areas. It will be interesting to see how they balance this in PVP; as in the Alpha there are players who are clearly overpowered as they have collected considerably better gear.

Fly in from above and demolish your opponent

PVP within Destiny is based in the crucible. As everyone in the game chooses a class they all have different roles and play styles within the PVP scene. The main difference I see in PVP is the abilities, I have seen a group of people run around a corner with a few team mates and have a player bear down on them as they fly in from above demolishing the entire group in a giant flash as they hit the floor. The game offers the chance to change your load-out mid game at the cost of being vulnerable as you play around in menus and you don’t even have to wait for your next respawn for this to take effect (you can change from an assault rifle to a shotgun mid game if you wish to do so).

Only the future will hold the truth behind whether or not Destiny will go down as well as Bungie hopes. For now if you have a console you can actually join the the Destiny beta by pre ordering it and redeeming your code. If you also have a bit of spare time you can check out some indie games to play until the official beta / game comes out. 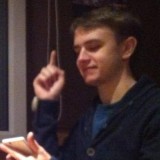 Physicist gamer, a fan of Fantasy RPG's and all things Sci-Fi. Been a gamer all my life from Crash Bandicoot when I was young to Destiny, World of Warcraft and Elder Scrolls now I'm older.

2 replies on “Destiny – an in depth look”

Yes, although in my opinion, PC is much better than any console (PC MASTER RACE!!!)