Editor’s Note:  Brand new leaked footage has been found as linked below –

You may want to skip forward a bit as some of the video is the loading screen.

The original video has been taken down from video sharing sites – This video is for educational uses only.

Recently a trailer for a new Battlefield game was leaked. It was originally an internal trailer that clearly wasn’t finished as in the trailer it’s codename was “Omaha”. It is a sort of “Cops n’ Robbers” style game. The campaign is developed by Visceral Games and is highly influenced by cop dramas such as “Miami Vice” and an amazing cast of voice actors from shows such as “House of Cards” , “The Americans” , and “Justified”. The world is more open than ever, the enemy AI has been redesigned from the ground up, there is now a co – op campaign where you can coordinate an attack in an “assess, adapt, attack” type of way similar to Crysis.

They are once again pushing destruction along with “Levelution” similar to Battlefield 4. The gimmick this time round is “Tactical coordination”. This seems a little tough considering that Battlefield 4 was a game where you were better off taking the “Run n’ Gun” approach in multiplayer. It could possibly work in the Singleplayer though. Now we will take a look at the multiplayer.

The multiplayer has a very refreshing approach to the franchise ; cops n’ robbers.It has many guns, gadgets, cars, and game modes to suit this idea. Obviously the two teams shown so far is a criminal organization and a police team.

It has been revealed that there will be many gadgets to suit the modes for both criminals and cops. For instance, there is now a grappling hook that you can throw on any ledge on the map and reach the top of the building. Then you can take your zipline and shoot it above a window and swing through it.Then you can go through and rob a bank similar to a more elaborate version of a “PAYDAY 2” bank heist.These two gadgets can be anywhere on the map…..I’ll give you a minute to take that in and repeat. They can be used ANYWHERE! For the cops, they can handcuff people and use a stun gun. With the stun gun being in there I’d imagine you can shoot it at a criminal and then handcuff him. As for the advantages of this, I’d imagine you get a point bonus. We could possibly see a hand taser as well the stun gun.

We haven’t seen many vehicles yet. The trailer featured an attack chopper, a police jet, many jeeps, a supercar and a police squad car. There is obviously going to be more revealed at E3 on June 10 – 12, most likely at EA’s opening speech.

Stage elaborate bank heists with friends in “Heist Mode”. This is where the players have to crack open a bank vault in a very “PAYDAY 2” fashion. This is where  the criminals really have to make use of all the gadgets they have at their disposal. The trailer features the criminal team grappling up to the top of a building adjacent to the bank and using the zipline to get in the window.The criminals then opened the vault with the help of a drill, ran through the lobby, out the front door, jumped onto a bike only to find that the police had all the exits surrounded. It is an interesting mode for a Battlefield mode.

This mode could easily be compared to Counter Strike’s hostage mode. It wasn’t featured much just like all the modes in the trailer, as this trailer focused on “Omaha” which has been speculated to be the name of the campaign.The trailer showed a number of cops shooting the criminals and releasing five hostages before the trailer swiftly moved onto the next mode known as…..

This mode is the least likely to be in a Battlefield game but has sparked quite a bit of excitement in both newcomers and Battlefield veterans.The trailer shows it as what looks to be a vehicle only game mode where the cops equipped with a number of squad cars and S.W.A.T vans have to chase the criminals who have explosives, guns, and a beautiful muscle car at their disposal. The environments are open so the criminals have multiple choices of how they can make their getaway. The trailer showed both teams leaning out the window of their vehicles and shooting at the opposing team. We also saw that the criminals can make use of the RPG – 9. We also see a police attack chopper in the distance of the trailer.

In blood money both teams fight for a pile of cash in a capture the flag type game mode. The money is situated in the middle of the map where both teams fight it out to try and take it back to their safe house. In this part of the trailer we also see a police jet swoop in over the house that is holding the money suggesting that jets will once again make a return in this installment of the series.

Battlefield : Hardline is expected to release this Fall with a more clear release date to be announced at EA’s presentation at E3. E3 starts June 10 and ends June 12. 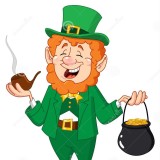 I play games,I aspire to make them,and I thoroughly enjoy writing. However most people do not relise that I'm also a Leperachaun