These games may not be considered your average everyday indie game, but they are certainly alot of fun to play and worth a download. This weeks bunch is bound to bring a smile to your face and possibly make you question your existence on earth.

Tripping balls will have you bouncing off the walls

Tripping Balls is a simplistic yet addictive game by Onibisoft that aims to please those who enjoyed pong, but with a trippy twist. As we was playing I thought to myself “This is basically a rip off of pong” until the trippiness kicked in…yes that’s a word now. As you play against the computer to try score against it the screen turns with visual effects lining the edge of the screen just as if the screen flipping didn’t disorientate you enough.

The game features three modes ; Single player mode, a two player local co – op mode and a mode titled “F*cking insane mode” that throws all the flaming potatoes in the world at you. Somebody MADE that and coded that! My god… The graphics are about as simple as the game itself apart from the effects that makes you hope you didn’t accidentally take acid. The quirky 8 – bit arcade – ish music helps set the chaotic tone. All in all it is a very fun game and only costs 60 pence which you can find on itchio.

You can also become part of Onibisoft’s Community Game, where one developer makes one level and passes it on to the next! This great idea allows any developer to get involved with a bit of fun – you can join as part of a team or as a solo developer. Diversity is the key to the project and it will be awesome to see what they come out with! #CommGame

Mr. Legs will keep you running

Not to be confused with any erotic videos, Mr. Legs offers mobile device users a rather creepy chance to change their hight to suite the 1930’s cartoon environment. If you are looking for a pacman style game with legs then this is a great option for you. The aim of the game is to devour the cherries dotted around the screen and dodge the rather annoying crows / bombs that do their best topple you at any chance. You can do this by shortening the legs down to an imp sized human or lengthening them to that of an over sized spider.

Be careful not to play for too long otherwise the game will continue into your nightmares and not until it is too late the creepy background music will be stuck in your head forever. Here, why don’t you go and give it a try now

One Last Dance For The Capitalist Pigs

Ever Wanted to know what it is like to be high in a video game? With this game you will have no problem at all. With a task to take down Porcinet Roue-de-Chance’s exploitive tv show you will experience some parkour fun with a chance of a headache from all the colourful colours and simplistic cartoon style graphics.

The best thing about it is that it will provide you with a laugh whilst wondering what spurred the developer on to create such “different” characters and such a “different” style of graphics. You can find and download it here

Be sure to check out all the games listen, they are certainly worth your time and you should get a good few laughs from them – You can also check out the IndieGameInitiative where we support all indie game devs in their latest releases, announcements and much more.

Alternatively you could check out another great indie game: The Forest which is currently in alpha on the steam store. 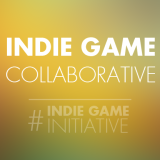 Our Indie team works collaboratively to hunt down, write about and show of all of the latest indie games. When an indie article such as Dev Diaries or Indie Showcase is published, this is the team behind it!